How the hopes of COP26 must translate to action

Trillion Trees Executive Director, John Lotspeich reflects on the outcome of COP26 and what it will mean for forests.

The two weeks just gone have been a momentous time for the future of our planet. Declarations, pledges and commitments have come thick and fast out of the UNFCCC COP26. And there are many reasons for hope. As I reflect back on the days I spent in Glasgow, and the joy of a return to face-to-face interactions, I’m cautiously optimistic about the path ahead for forests and their central role in the fight for the protection of our climate, its biodiversity and the livelihoods of millions of people.

Yes, the failure of previous commitments by world leaders, including the much-celebrated New York Declaration on Forests in 2014, have left many sceptical that the forest pledges coming out of COP26 will be upheld and that change can come. But the sheer number of countries involved this time, and the scale of financial investments backing their commitments, gives me reason for optimism.

Some details of why: On just the second day of the COP26, with the Glasgow Leaders Declaration on Forests and Land Use, the world was served notice that forests –and the need to keep them standing — will be crucial in the fight against climate change, and in keeping any hope alive of delivering the ambitions of the Paris Agreement.

World leaders from over 140 countries — many missing from the NY Declaration — and in lands containing 90% of the world’s forests, signed to cement their commitment to halting and reversing deforestation and ending land degradation by 2030.

This significant step forward is backed by unprecedented levels of financial commitment — US$12 billion in public funds to protect and restore forests, alongside US$7.2 billion of private investment. And an announcement by the governments of the UK, US, Germany, Norway and the Netherlands, and several philanthropic funds, that at least US$1.7 billion of funding will be given directly to Indigenous peoples and local communities (IPLCs) to advance their crucial role in the guardianship and protection of forests. For the first time the protection of natural forests (rather than just avoided deforestation) has been prioritised in these plans.

Twenty-six nations set out new commitments to change their agricultural policies to become more sustainable and less polluting, and to invest in the science needed for sustainable agriculture and for protecting food supplies against climate change. The UK also announced funding of £500m to support the implementation of the Forest, Agriculture and Commodity Trade (FACT) Roadmap that was launched during week one, in which 28 countries are working together to protect forests in market and trade development. A further £65 million will support ‘Just Rural Transition’ to help developing countries shift policies and practices towards more sustainable agriculture and food production.

So, like before, pledges upon pledges. But this time, the breadth and depth and yes, even the detail of where and what needs to be done and by whom feels more concrete. And most crucially, more people are watching, as the wave of support for action amongst the general public around the world reaches ever higher levels.

The proof will, as ever, be in turning these pledges into action. We don’t have time to fail.

Organisations like ours must not only be ready to do the work, delivering forest conservation on a global scale. We must also strive to be the ‘binding’ counter to ‘non-binding’ pledges. We must be the voice of the forest, the defender of the stunning biodiversity of our planet and be worthy advocates where we can for those who live in and around the world’s forests.

We, the Trillion Trees partnership, commit ourselves entirely to the effort. No one can achieve the goals we’ve set by 2030 alone, and we call on the world to help us come #TogetherforOurPlanet to deliver on the promise of Paris, the aims of the Glasgow Declaration and the fight not just for monumental climate action, but also for the ultimate goal of climate justice.

This article was originally published on Medium.

It’s not just about the trees… 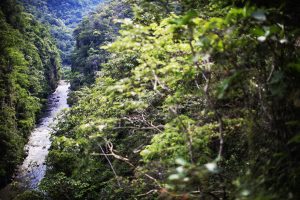 How the hopes of COP26 must translate to action

Trillion Trees Executive Director, John Lotspeich reflects on the outcome of COP26 and what it will mean for forests. 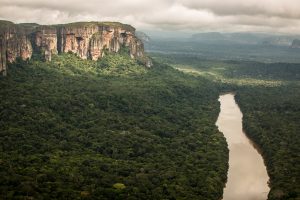