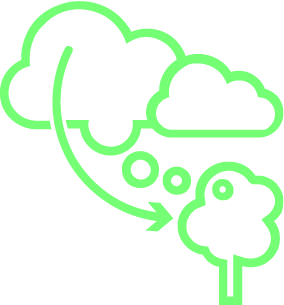 The Five Great Forests between them store around half of the region’s forest carbon stocks.

The rich biodiversity in these forests includes irreplaceable gems like the jaguar, the region’s biggest, most revered cat.

Supported local alliances of nations and indigenous groups, aided the recovery of 155,000 hectares of forest in Guatemala, helped acquire a vital forest corridor in Belize, and assisted indigenous ranger teams.

WCS has worked with governments and the Mesoamerican Alliance of People and Forests to ensure that the Five Great Forests were included as a central pillar of the regional climate action plan announced at the 2019 UNFCCC COP 25 in Madrid.

Positive results for indigenous peoples have included legal enforcement of community rights, and expanding of forest-friendly livelihoods in indigenous territories in Nicaragua and Honduras.

With Trillion Trees backing, WCS is uniquely positioned to build on the successes achieved so far.

The main focus of the work is addressing the primary cause of deforestation – illegal cattle ranching in indigenous-managed, protected areas.

We’re doing this in several ways:

We also want to increase climate resilience for 500,000 indigenous people and other climate-vulnerable communities. And we aim to develop and implement a detailed plan to achieve carbon neutrality in the agriculture and forestry sectors across Mesoamerica.

The Five Great Forests are, from north to south:

Darien – in southern Panama, stretching down to the border of Colombia

Together these forests hold half the region’s forest carbon stocks – 4.8 gigatons of CO2. They provide water and other life-giving natural resources to 5million people.

But these forests are being destroyed at an alarming rate. In the last 15 years, three of the five have been reduced by almost one-quarter in size. Illegal cattle ranching is responsible for more than 90% of the recent deforestation. Poverty, drug trafficking, organised crime, and the impacts of climate change all exacerbate these threats.

Mesoamerica is in fact one of the world’s most climate change-vulnerable tropical regions. The area is particularly exposed to extreme rains and severe droughts, which threaten the food security and livelihoods of poor rural communities.