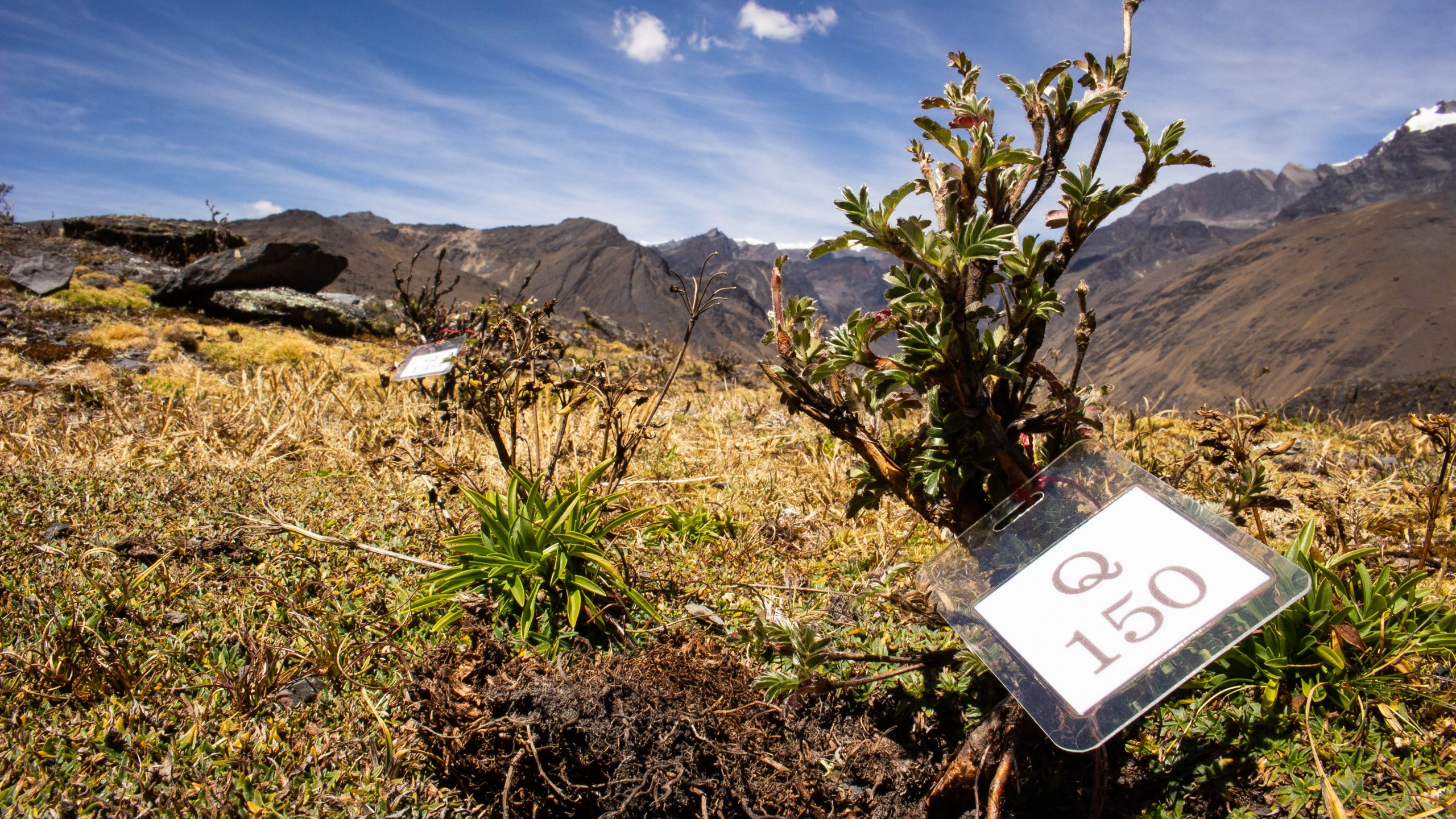 Help Trillion Trees save high-altitude polylepis trees in the Andes mountains of South America – for local communities, wildlife and the global climate.

Trillion Trees partner BirdLife International works with three well-established organisations in this region: Aves y Conservación in Ecuador, ECOAN in Perú, and Asociación Armonía in Bolivia. Together, and alongside others, they are part of Acción Andina – a large-scale cross-Andes initiative launched in 2019 to restore and protect one million hectares of  priority forested areas across the high Andes

To achieve this, the partners have helped strengthen local community organisations who are running tree nurseries and carrying out restoration. In Ecuador, Aves y Conservación have supported a women’s group to establish a tree nursery, providing additional income for their households and helping them support their children’s education.  In Peru, ECOAN has created nine municipal protected areas, now protecting more than 10,500 hectares of high andean forests and grasslands and in Bolivia, Asociación Armonía is working with communities that live within the Tunari National Park above the city of Cochabamba to plant polylepis trees in critical areas of the watershed that help prevent erosion and landslides that have affected downstream neighborhoods.

The aim is now to scale up the reforestation, conservation and sustainable resource management efforts over coming years.

The project provides funding to scale up reforestation efforts that have already begun. This involves planting and monitoring 300,000 seedlings, and replanting in case tree mortality rates are too high. It will also provide training and tools to expand sustainable livelihoods, such as sustainable llama and alpaca grazing for niche market wool buyers, organic farming and community forestry. It will address fire threats to polylepis forests by training fire-fighting brigades and will reduce forest degradation by distributing fuel-efficient cookstoves. Importantly, the project will also help initiate the multi-year process of getting the Peruvian state to officially recognise two new community-managed private conservation areas.

Other key activities will include training (formal and informal) on the installation and management of tree nurseries, propagation of native plants, planting techniques and monitoring of seedlings. Women’s groups in Ecuador will be further empowered and benefit from the alternative income provided by nurseries. The project will also design and run a communication campaign for relevant audiences aimed at increasing interest and collaboration in the project.

Upper watersheds will be protected, which in turn will secure water supplies and improve climate resilience of downstream cities into the future. As well as reforesting degraded areas, additional polylepis forests will be put under formal conservation status – which further improves the health of the entire ecosystem.

The ambitious five-year outlook for this project includes initiating community savings and loans programmes in Ecuador to support sustainable start-up businesses and enterprises, and scaling up sustainable livelihood opportunities for rural communities where poverty is often a driver of forest overexploitation and degradation.

Growing at altitudes up to 5,000 metres (16,400ft), just below the Andes glaciers, the gangly but hardy polylepis is believed to be the planet’s highest-altitude tree, growing in the highest-altitude forest.

The polylepis forest covers the high Andes mountain range linking Ecuador, Peru and Bolivia. This is a highly threatened forest of vital importance to local people. The native polylepis forest ensures that glacial meltwater is captured in its watershed. This vital water then flows down to reach not only nearby mountain villages, but also millions of people in lowland towns and cities, who depend on it for drinking and agriculture. It also feeds into the headwaters of the Amazon River. The forest reduces the temperature and regulates the climate through evapotranspiration – capturing CO2 and emitting water vapor.

Existing and new growth forests are enormous natural carbon sinks. Carbon removed from the atmosphere is stored in every part of the tree, as well as the forest soil and local wetlands. So the polylepis forest provides long-term climate resilience as well as water security.

Restoring Polylepis forest helps protect fragile ecosystems and vulnerable biodiversity – including endemic wildlife like the spectacled bear, puma, and Andean condor. These mountain forests will increasingly be a refuge for endangered bird, mammal, plant, reptile and amphibian species able to migrate to higher ground to survive our warming planet.

The forests also sustain Andean communities. Polylepis forests prevent soil erosion and flooding, enabling indigenous communities to continue sustainable farming on their ancestral lands, and to maintain their cultures. The indigenous people of the high Andes are very motivated to restore their lost forests. Many are keen to work as forest stewards – growing saplings, planting and monitoring trees – to protect the landscape as well as earning much-needed income.

Fourteen of the 15 polylepis tree and shrub species are globally threatened. As much as 95% of the original Andean polylepis forest has been removed or severely degraded. Key threats to these forests include expansion of cattle grazing, forest fires and unsustainable harvesting of fuelwood for cookstoves. Local people are living in high levels of poverty and are very dependent on natural resources for household needs.