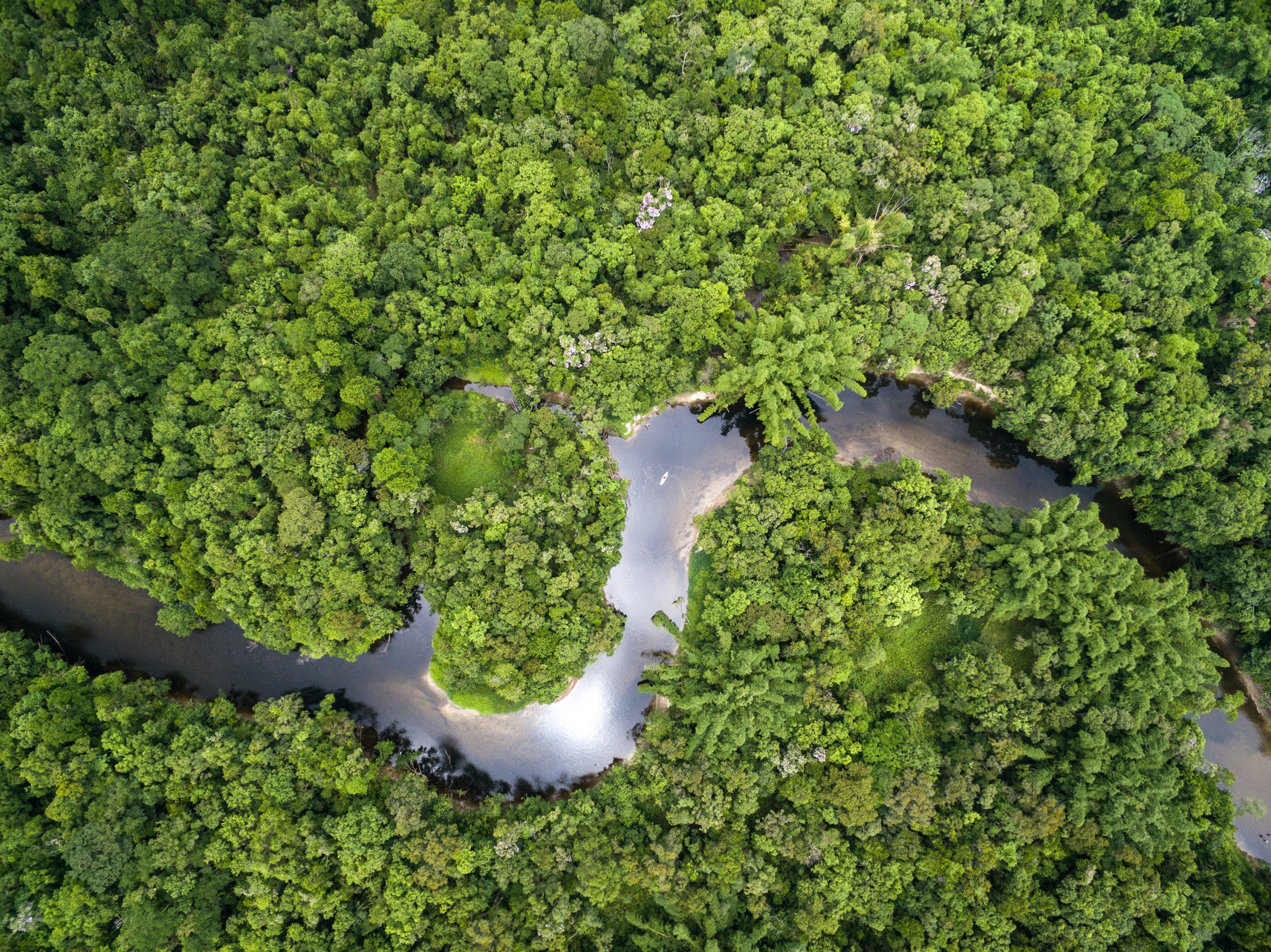 Around 900,000 indigenous people live in the Amazon forest, spread between 305 separate groups

Help Trillion Trees halt and reverse rising deforestation in the Amazon rainforest – for the sake of local communities, wildlife and the global climate.

Trillion Trees partner WWF has successfully strengthened links with indigenous communities and other local groups, and continues to deliver vital support. Not only to help fight fires and deforestation, but recently to ensure emergency Covid-19 relief against a background of soaring infections and deaths in Brazil.

The Amazonia Viva project has also equipped the community with smartphones, laptops and apps to help monitor territories, as well as drones to provide aerial images of vulnerable areas. Volunteers share knowledge and training with other indigenous communities to help fight further fires.

Trillion Trees partner WWF has long recognised that conservation and human rights are at the heart of sustainable development. The cornerstone of the Amazônia Viva programme is building and strengthening partnerships with local organisations. The actions being planned and taken are developed with indigenous peoples and respond to their priorities.

Phase 1 of the programme, which began in 2020, is supporting their fight against deforestation in three ways:

Phase 2, from 2022-2025, will scale up the work to more areas based on the experiences and lessons from Phase 1. We will help create a model for collaboration and impact in Brazil that can be scaled up across the Amazon biome – for the benefit of people and the planet.

The Amazon rainforest has been at the heart of the global fight against forest loss for decades. It’s a fight we seemed to be winning in the Brazilian Amazon – until a few years ago.

The advances made since the 1990s – in tackling deforestation and recognising indigenous land rights – are now at risk. Many of the huge forest fires we have seen raging recently were set deliberately to clear land for farming, mining or land speculation. By 2021 so much of the rainforest was burning that, for the first time ever, parts of the Amazon were emitting more CO2 than they were sequestering. This not only disastrously reduces the Amazon’s capacity to fight climate change, the burning forests are also an obvious nightmare for the people who live there.

The Amazon biome is home to around 900,000 indigenous people, split into more than 3o5 groups (1). At least 20% of the Brazilian Amazon is recognised as land belonging to indigenous peoples. The forest provides their food, shelter and way of life. It is also some of the most intact, biodiverse and carbon-dense rainforest left in the Amazon.

Since 2019, deforestation in indigenous Amazon lands has increased 174% compared to the previous decade. This is why the Amazonia Viva programme is so vital. Trillion Trees partner WWF is working in partnership with local organisations to help indigenous people halt and reverse the deforestation. The programme is focusing initially on two Brazilian states – Rondônia and Acre. Together they cover 39 million hectares. Roughly three times the size of England.

Working in partnership with local organisations in Rondonia and Acre States